The Bug Whisperer: Dave Funk Decodes Mysteries of Mayflies and Other Clean-Water Lovers

Groundbreaking research on Earth’s most precious natural resource, fresh water, would not be possible without the expertise of Stroud Water Research Center science staff. Entomologist Dave Funk is chief among them.

As the resident bug whisperer, Funk geeks out on fine details distinguishing the appearance, life histories, and genetics of bugs. He passionately and sometimes painstakingly teases out the taxonomy of mysterious freshwater species and investigates their tolerance to environmental stress.

“I like figuring out who is who, where they live, and why.”

He has even developed a new method for reproducing mayflies in the lab. In nature, adult mayflies swarm together at dusk over streams and rivers to mate, making it difficult to collect several thousand eggs for a research study. Simply trapping males and females together inside a glass jar just doesn’t do the trick. Funk’s solution: “I call it laboratory-induced mating.” With the precision of a surgeon’s hands, he uses tweezers under a microscope to coax a single uncooperative pair into copulation. “It’s pretty tedious,” he admits. “Sometimes it can take as long as an hour.” Funk captured the results of this process in his viral video showing mayfly eggs hatching a minute after being laid.

A 45-year veteran, Funk has been an instrumental player on landmark studies throughout the Stroud Center’s history, including one of the first: the River Continuum project. “When I first started working here, I moved out to Idaho for about a year and a half. Extended field work in beautiful mountainous areas, including roadless wilderness areas, was a wonderful opportunity.” He joined then director Robin Vannote, co-author Wayne Minshall and colleagues from across the country on the Salmon River to test the River Continuum Concept. Could it serve as a framework for understanding the relationship between aquatic organisms and their environment? The National Science Foundation wanted to know and provided the funding. The young, newly hired Funk was responsible for unearthing the river’s secrets in the form of macroinvertebrates. As part of that team, he helped confirm how a river’s fauna and food base predictably change from headwaters to mouth.

Funk first remembers getting excited about bugs during summer vacations to his uncle’s cabin in Georgia. “There was a hydroelectric dam. The power plant had a big tarmac, and all these big moths and huge beetles would come in there, and we saw them and said, ‘These are cool!’ I was a butterfly and moth collector in high school.”

Notably, Funk grew up on Red Clay Creek in Delaware during the 1960s, when the stream was biologically dead due to pollution from a nearby vulcanized fiber plant. This meant he had never seen a mayfly, stonefly, or caddisfly — all hallmarks of a healthy stream — until taking an aquatic entomology course at the University of Delaware. It was there he learned he could study bugs as a career. “Most kids outgrow it, but I never did,” he says with a mischievous grin.

That insatiable curiosity propelled him in setting up a genetics lab at the Stroud Center while assisting Vannote and Bern Sweeney on an expansive project from northern Florida to southern Québec. From 1980 to 1985, they explored how temperature, a potential source of pollution, affects freshwater species.

The genetics lab used enzyme electrophoresis, a predecessor to DNA sequencing technology. “It allowed us to identify genetic variation among different populations in a more objective way than saying, ‘Well, this guy is big and green, and this guy is little and yellow.’”

At the intersection of science and art is Funk’s insect photography. He began snapping close-ups of his favorite insects in the 1970s, before the age of digital photography. He studied technique from books and then adapted, refined, and perfected his way to the stunning macro shots that have appeared in Natural History, Scientific American, BBC Wildlife, and many other publications. His unmatched talent even caught the attention of famed conservationist David Attenborough, who sent a team to capture on video what Funk had managed to do in stills. “I warned them it wouldn’t be easy, even for them,” he proudly recalls.

“I always liked photographing things that are alive and in nature, if possible, as opposed to a dead bug on a pin.”

For aquatic insects, that meant photographing them in their natural habitat in rivers and streams. He found waterproof cameras cumbersome with poor ergonomics for underwater shots in shallow streams, so he designed his own rig. “I do most of it at night because in the daytime, the insects are skittish, and they’re not on top of the rocks where you can see them. It takes a lot of patience, even more than making mayflies mate in the lab,” he says, adding with a chuckle, “and at my age, it’s not so nice crawling around on your knees over wet rocks.” 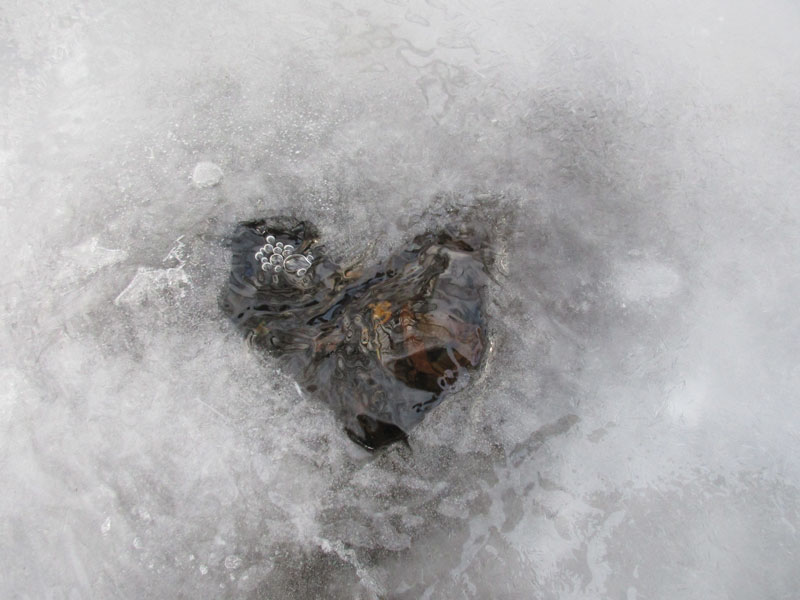